A NEW COMMISSION FOR ERA

Philo-sophia. The love of wisdom.

Which other profession could distil the essence of its work into these words? For every practitioner of law, knowledge, understanding and – above all – justice are essential. They are all intangible qualities and yet every lawyer strives to perfect them.

ERA would like to pay tribute to this timeless characteristic of the legal professions it serves through a new artistic commission in the form of a sculpture to be placed in its inner courtyard.

The idea is to represent a dialogue between philosophers – as today’s lawyers might have been called in ancient times – which transcends geographical and even historical boundaries and thus stands for ERA’s core mission: cross-border, interprofessional and intercultural exchange on the essence of our common rules.

The artist, Giovanni de Angelis, has modelled three rotating heads – one woman, two men – installed on a large bronze plate. The heads represent three outstanding personalities linking us with the fundamentals of our civilisation and our legal order: Ausonius, Hypatia of Alexandria, and Justinian.

Ausonius (310-394), born in Burdigala (Bordeaux), was a rhetor and grammaticus called to the imperial court in Trier by emperor Valentinian in 365, where he worked as quaestor sacri palatii, senior legal authority in charge of drafting legislation. He is the author of the poem Mosella.

Hypatia (355-415) was a Neoplatonist philosopher and the first woman mathematician whose life was recorded in detail. She was regarded as a great teacher and wise counsellor and her works survive to this day. Her murder at the hands of a religious mob made her a “martyr for philosophy”.

Justinian (482-565), who was Eastern Roman emperor from 527, is famous for having ordered the compilation or rewriting of Roman law, the Corpus Iuris Civilis, which is still the basis of civil law in many modern states and hence a common heritage of our European law today. 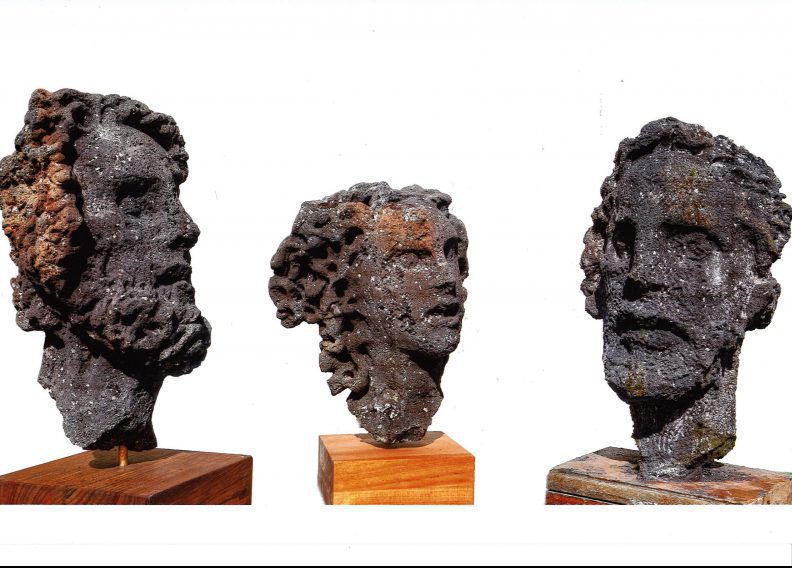 The new sculpture by Giovanni de Angelis – Philosophers in Dialogue – will be cast in bronze, which is much more weather-resistant than marble. First a silicone mould will be made from the models already provided, then the template for a wax positive, and finally the bronze casting. The final bronze sculpture is expected to cost €25,000.

ERA would like to invite you to contribute to this important project. Your donation will be essential for the creation of this work of art and its installation at ERA’s premises. Even the smallest donation will help, and all donors will be invited to include their names on a plate beside the artwork.

Meanwhile, The Great Leaf, which the Friends of ERA brought to Trier in 2006, will find a new home protected from the elements in ERA’s foyer.

Alternatively you can arrange for a bank transfer to:

Please ensure to indicate the purpose of the donation: „Art project 2021“.

Many thanks to our supporters: 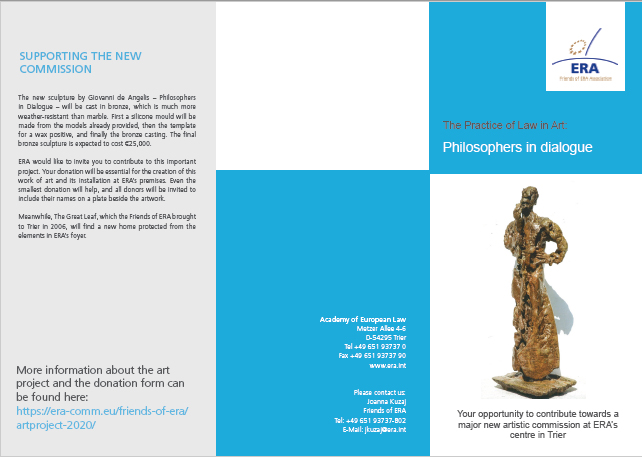