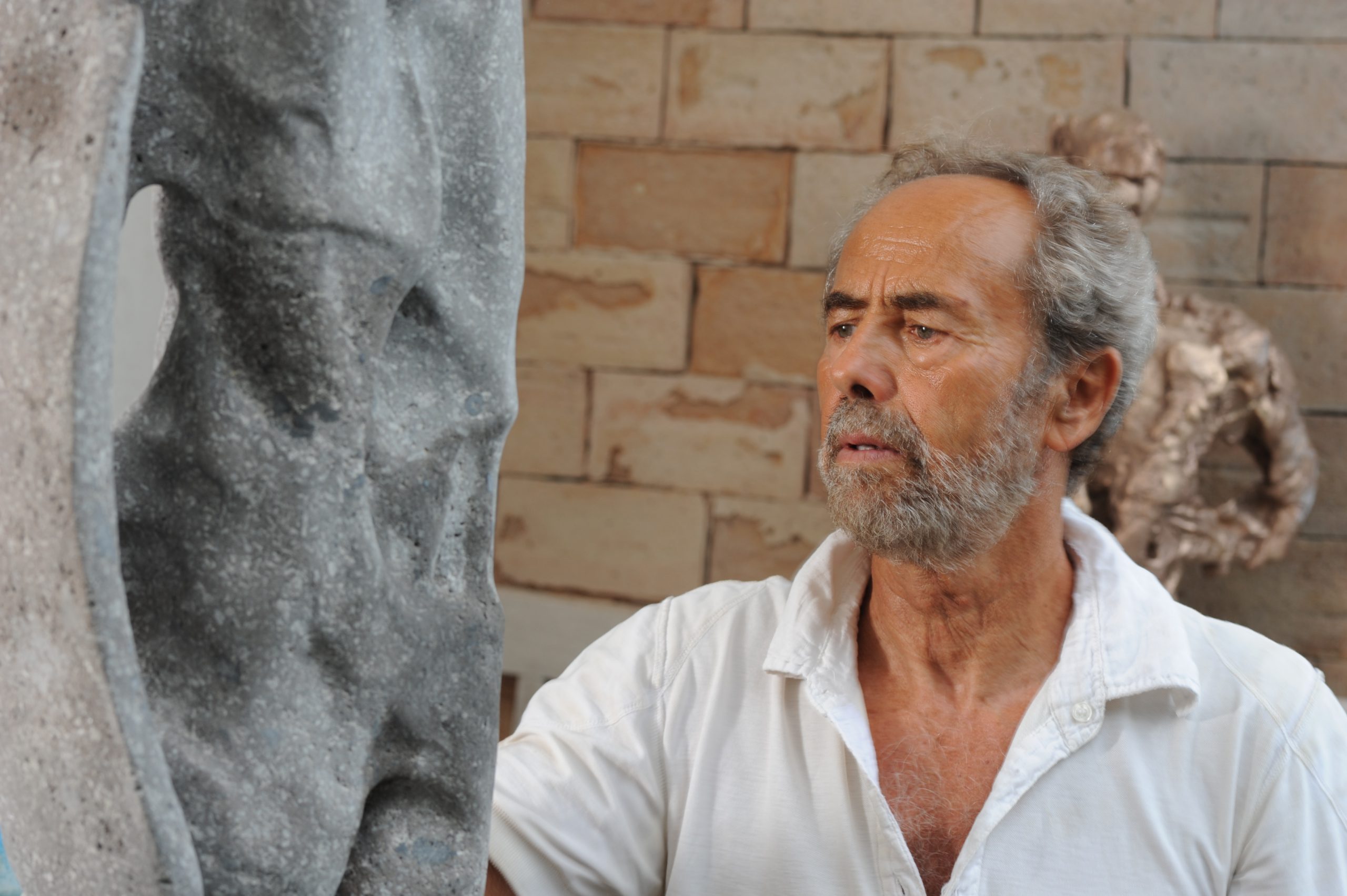 The artist, Giovanni de Angelis, born in 1938 on the island of Ischia, started his career as a sculptor very early. At the age of 11, he was awarded the Primo Premio del Fanciullo Artista (First Prize of the Artist Child) in Milan, the first in an impressive series of awards. Following studies at the Accademia d’arte in Florence and the Akademie der Bildenden Künste in Munich, and multiple study trips, he established himself as an artist on his home island and won world-wide reputation with his statues in bronze, Carrara marble, Tuscan travertine and other materials from around the globe.

“… The originality of de Angelis‘ sculptures lies particularly in the combination of various historical roots, different sensitivities, various objectives in relation to formal research, without any contradictions. Both a Nordic and Mediterranean man, de Angelis looks both to the future and the past, bringing different histories and cultures together, with the intention of finding a common denominator for all. Giovanni de Angelis places this experience in the centre of the world, in a transformation of art into life and life into art, in this way constantly reflecting the ever-flowing changes which he portrays in his sculptures.”
Vittorio Sgarbi, 2004

“… Giovanni de Angelis‘ sculptures are forms of three-dimensional space, in the narrower sense as well. They live from a sometimes fragile and apparent ambivalence between openness and closure, caused by concave, space-filling and convex space-repelling volume. This results in a dialogue of exciting tension between the sculpture and the space.”
Dr Ulrich Bock, 2009